Pikalytics Battle Ranking Pokedex for Pokemon Sword & Shield on the Nintendo Switch. Teams, moves, abilities, and EV spreads for Battle Stadium Doubles (VGC 2020) and Battle Stadium Singles. Find out what trainers are bringing to the field, and stay one step ahead of the competition on your mobile device! Offline Ranked battle data, informing you which Pokemon see the most use, which moves are popular, and which items are being held. Store favorite Pokemon to help you build your team, and jump between different Pokemon quickly as you go. Ready to step up your game? Pikalytics: Battle Strategy include Effort Values and Natures for the competitive players out there to really refine their team building for the meta game. Each Pokemon page shows base stats, so trainers can quickly check speed tiers while in the heat of battle. Need to know which moves an opponent might be using online? Use Pikalytics: Battle Strategy to help prepare defensively too! Studying up on what other Pokemon use helps you improve your play, knowing better what to team build against when preparing your squad. Key features: • 100% ad-free! • Offline, no internet connection required! • Ranking Pokédex • Store Favorite Pokemon for quick access • Top Moves, Abilities, Items, Teammates and more! • Search Ranking Pokedex for items, moves, and names • Frequent updates with the latest stats! • Fast, and network free. Browse all you want, all entirely offline! Follow us on Twitter @Pikalytics (https://twitter.com/Pikalytics) or online at https://www.pikalytics.com Disclaimer: Pikalytics: Battle Strategy is a third-party application made by fans, and is not affiliated with the Pokémon brand, Pokémon Sword & Shield, Nintendo Switch, or Nintendo. Sprites courtesy of Smogon Sprite project. Raw data courtesy of Pokemon Showdown. 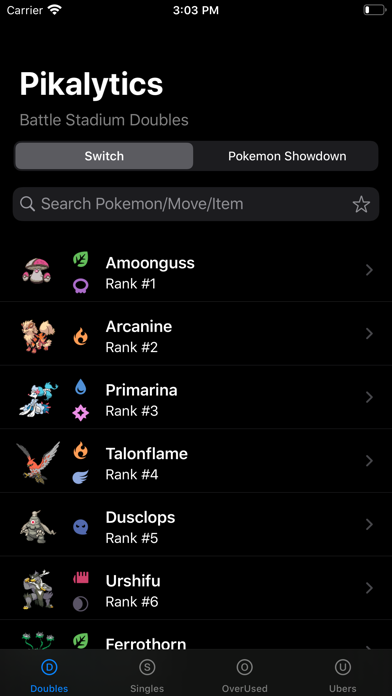 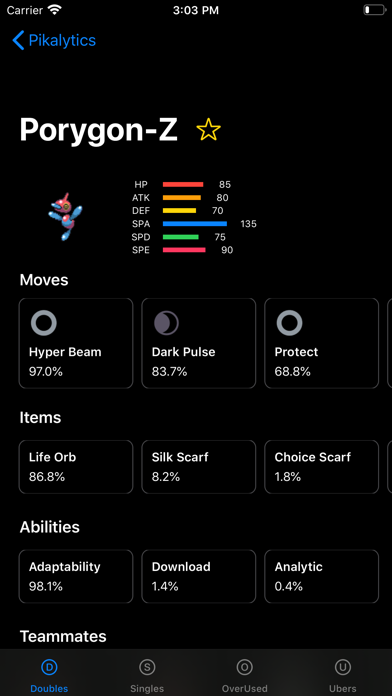 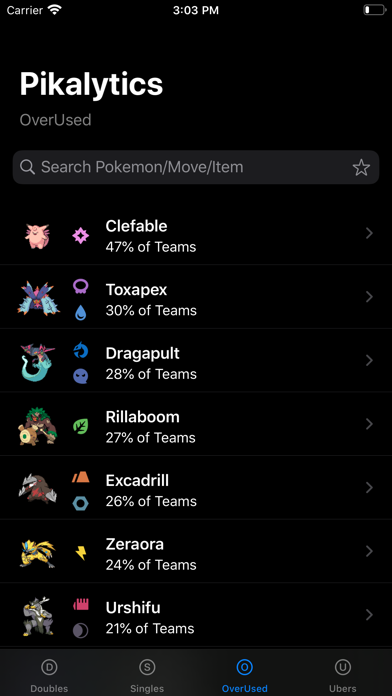 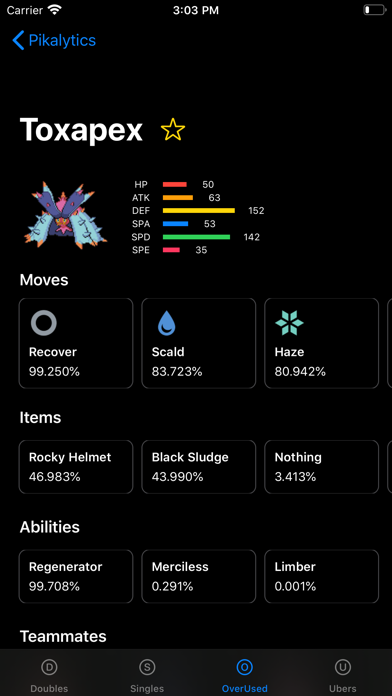